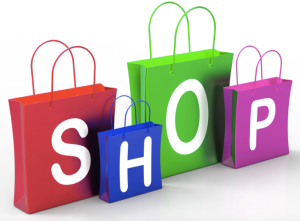 I’m actually surprised it took so long for Apple to make “shopping” its own category. Until now, any shopping app was buried within the Lifestyle group….. but no longer.

I’m pleased. There are actually several of these apps that I wanted to try (but I forgot) and now, with their own category, I see them and I’ll be downloading a few before the day is over. (And of course, if I find something share-able, I’ll post it, here.) 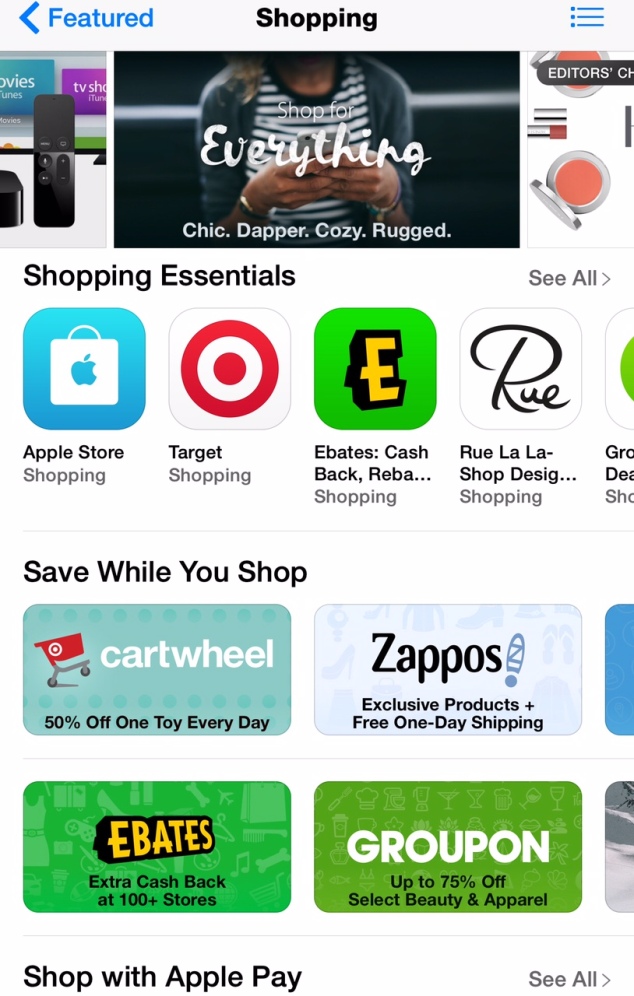 When I look at myself as an ordinary-person example, I would have to say that on-line shopping has greatly increased over the last decade. Last year, when the holiday season was over, I surprised myself when I realized that a major portion of my shopping was on-line. A quick google search this morning showed me that the e-commerce continues to gain traction year after year, all over the world.

On-line retailers continue to make the deliveries quicker and the returns easier. Someday it’s likely that this trend of on-line shopping will level off, but for now, it continues to grow. Many of these retailers offer special perks, such as free one-day shipping, percentages off your purchase and/or free merchandise.

I use Amazon a lot, but there are many other sites that I enjoy using, as well. I’ll share a few over the next several weeks. How about you? Do you have any favorites? I’d love to know. 🙂

You’d think that since I write this “tech” blog for us everyday folks that I would be a do-er of the things that I recommend.

A great example happened this weekend, and when I was told to do this in a chat with tech support (for another device) …… I felt more than a little foolish.

Although this didn’t solve my problem, it was an action that I should have done before I contacted tech support. Actually I should do this regularly. As I have suggested that you do. But…. I forgot.

So here’s OUR reminder:

Occasionally CLOSE all your apps on your iPhone. If you used them…. they are still running in the background. You need to shut them down.

To force-close your apps, double-click the home button.

The screen that appears after your double-click will show you your open apps. Move to the left and right to see all the open apps. 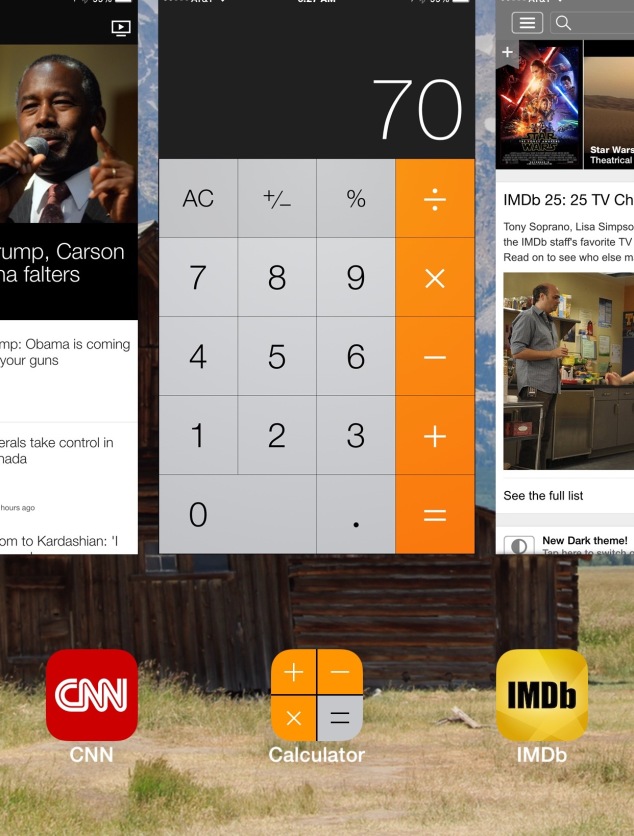 To close each app, put your finger on its screenshot and flip it up. Whoosh! Gone.

Keep flipping. If you haven’t done this in a while (like me) you’ll probably have a bunch of open apps.

Doing this regularly will keep your iPhone running smoothly. (and prevent embarrassment when talking with a young tech-support helper) 🙄 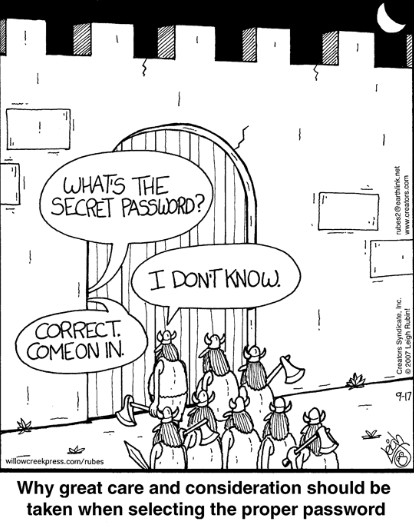 Every year, Splashdata publishes a list of the “worst passwords,” and this year’s list was announced a few days ago.

I assume no one reading this blog is using either of these two passwords (am I right?)
BUT….. are you guilty of using any of the others on this list?

Take a look…. and give a thought to your own password safety. A safe password should have a mix of numbers, letters, and symbols. It should not contain personal information. You should have unique passwords for different accounts. And, you should change your password often.

Over the last several years, “throwback Thursday” has become quite popular. Although it is really supposed to be about nostalgia (like old photos), I thought I’d stretch the point, and occasionally post an old (but updated!) “how to” on Thursdays, for the benefit of the many new-device-users who have joined our blog. (or to refresh the memories for those of us who forget!)

When you bought your iPhone and/or iPad, the preview setting for your email was pre-set at 2. This means that before you open your individual emails on either device, you see not only the heading of the mail, but also the first two lines of text.

Consider your needs…. perhaps you want more privacy for your email? Then you can set it so that no lines preview at all. (As an added bonus, by setting your preview lines to zero, this frees up space so that more emails show on a single screen at once.)

Or perhaps you get a lot of email from a variety of sources and want more visible lines. When you see more lines, you can decide with a glance if you want to open a particular email, or just delete it. Poof! No opening necessary.

You can set these preview lines anywhere from 0 to 5. Out-of-the-box is set at 2, so if you haven’t changed it, your device is currently set at 2.

Here is how to change the number of visible preview lines: (Directions are the same for both the iPhone and the iPad)

Select the number of lines you would like to see, and you’re done.

Return to your Mail, to see if you like your new choice. 🙂

Over the last several years, “throwback Thursday” has become quite popular.

Although it is really supposed to be about nostalgia (like old photos), I thought I’d stretch the point, and occasionally post an old “how to” on Thursdays, for the benefit of the many new-device-users who have joined our blog.

Perhaps you’re wandering around the internet on your iPhone or on your iPad and you see a photo you would like to keep. Maybe you’ve just stumbled on a photo of a sailboat that is on your dream list, or a picture of an awesome cake that inspires you to bake and decorate.

How to Save a Web Image to your iPhone or iPad:

If you see a picture that you would like to keep, just touch the picture and wait a moment. A menu will appear with the option to SAVE the image. Touch SAVE.

You’re done. Yep. That’s all there is.

The image is now in your camera roll. To find it, go to your Photos app. Choose camera roll, and take a look at the last picture. There is your cake (or boat 🙂 ) 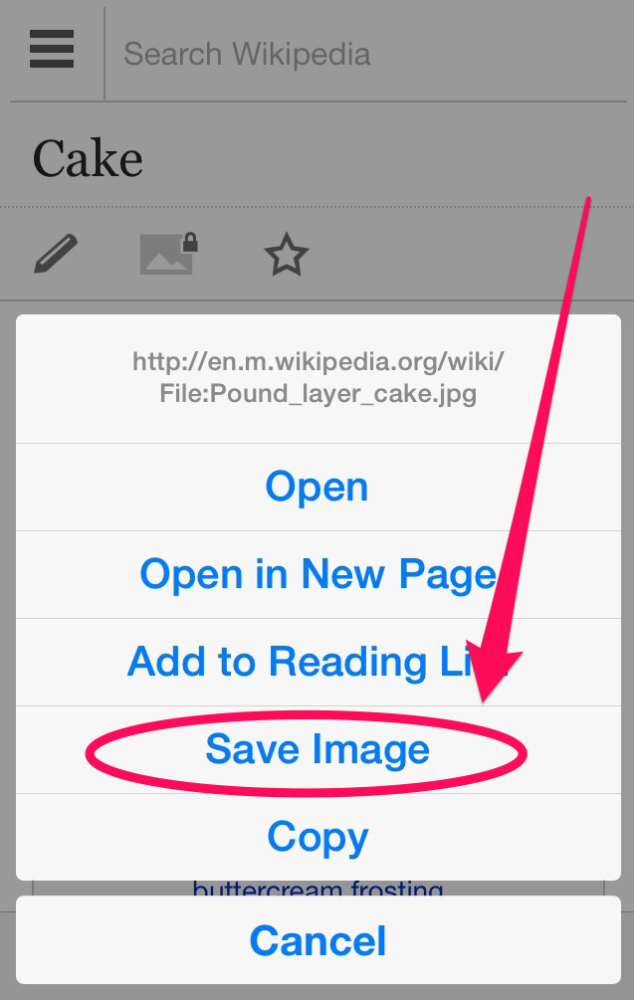 Another great way to grab what you see is to take a screenshot. This means that you will actually take a picture of the whole screen. Just put one finger on the on/off button, and your other finger on the home button. Push them both at once. Hold for just a second and then let go. Click! A picture of the screen is now in your camera roll. Now go to the Photos app > camera roll. You’ll find your screenshot waiting for you as the last picture in the camera roll.

Recently one of the readers of this blog asked me about this, and I realized that there are probably other new users who also are unaware of how to switch the perspective for your camera. After all, when you FIRST get a new device, everything is new to you, even the most basic. And THAT is the purpose of this VERY Beginner series….. 🙂

How to switch the perspective of your camera, so that you can take a picture of yourself (a selfie) :

Look to the TOP of the screen. You will see an icon that looks like the outline of a camera with two whirly arrows in it.

Tap that icon, and the camera will switch it’s direction, and take a picture of you. Just tap the same icon to switch it back. 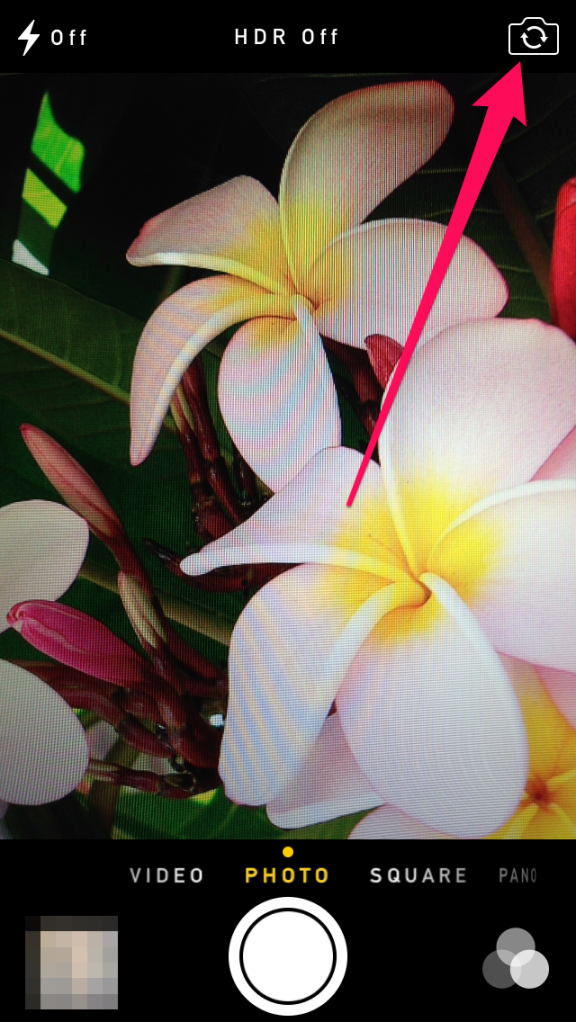 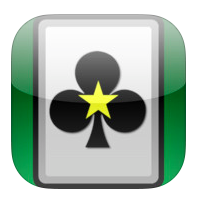 Sometimes the best distraction is a good old game of Solitaire, and so for this Weekend Distraction we go back to the basics: card games. Lately this app has been my #1 go-to for card playing goodness.

You can change the look of the cards, and customize the background. Within the app they give you some nice options, but you can also use a photo of your own for the background (my choice).

I have a few other card games on my iPad, but Card Shark seems to be the one I use the most.

Tap on any game for a menu that includes the rules. There are so many games in this app that most are completely new to me, and it is fun to give them a try in between playing the old standbys.

(Lately I’ve been playing FreeCell …. a lot. Did you know that almost ALL FreeCell games are solvable? This has made the game a real challenge for me. When I can’t solve a game, I restart it. Again and again. Trying to approach it differently each time …. and, yes! eventually I have solved each and every one. 🙂 )

Card Shark Collection™ (Deluxe) for the iPhone and iPad in the iTunes store $2.99

It has happened to all of us.

You are in an inconvenient place to receive a call.

Suddenly your phone rings, you can’t answer it, and you want that ring tone to stop, NOW.

My story: I was in a packed elevator when my phone went off, blaring a obnoxious tune. So embarrassed was I. 😳

How to quickly silence an incoming call:

Just press the wake/sleep button at the top of your phone. The ringer stops. With the ringer silenced, you can still answer the call, OR you can just let it go to voice mail.

(pressing one of the volume buttons will also do the same thing, but I find the wake/sleep button on the top of the phone easier to hit quickly.)

I can read anything on my iPhone. I just got new glasses, and I’m good to go.

However …. recently I tweaked my text size just a bit bigger.

By making my text size just a tad larger, it is now perfect for me and my eyes. 🙂

Increasing your text size is particularly helpful for those with vision issues.

(Or … perhaps the opposite would be better for you, and you would like to make your text smaller. The process is the same.)

How to make your text larger (or smaller) on your iPhone or iPad:

You will see a slider, and you can move that slider so that your text size increases (or decreases).

And if this still isn’t big enough for you?

You can make the text even larger!

Once you do that, the slider will arrange itself to allow you to make your text even larger.

Remember, you can also add BOLD to your text as well.

Big and Bold. A winning combination for aging eyes. 🙂 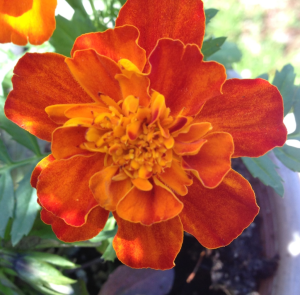 Although the iPhone isn’t a replacement for a “real” camera, it can take excellent photos.

In addition to general photography, it can do an amazing job on close-up (macro) photos.

Just hold the iPhone about 4 inches from your subject, and you will be surprised at the detail you can capture.

However, while you are trying to get your subject into focus, you may be frustrated because every time you move a bit to recompose the shot, (even ever so slightly), the iPhone camera adjusts and refocuses. Argh!

There is a way to “lock” the focus in place and solve this problem, but the feature is a little hard to find.

Here is how to lock your macro focus on your iPhone:

Move your iPhone to within about 4 inches from your subject.

Put your finger on the screen on top of the subject of your photo.

You will see a square appear under your finger. Hold your finger in place against the screen and the square will start pulsating. Take your finger off the screen.

As you lift your finger, you will see the words “AE/AF Lock” appear at the bottom of the screen. This means that the focus is now locked and you can make your small adjustments to the photographic composition without the camera shifting out of focus, again.

The lock is ‘released’ after you take a shot, so if you are going to take more photos, you will have to put your finger on the screen each time to enable the lock.